»  multiplied with component in parallel 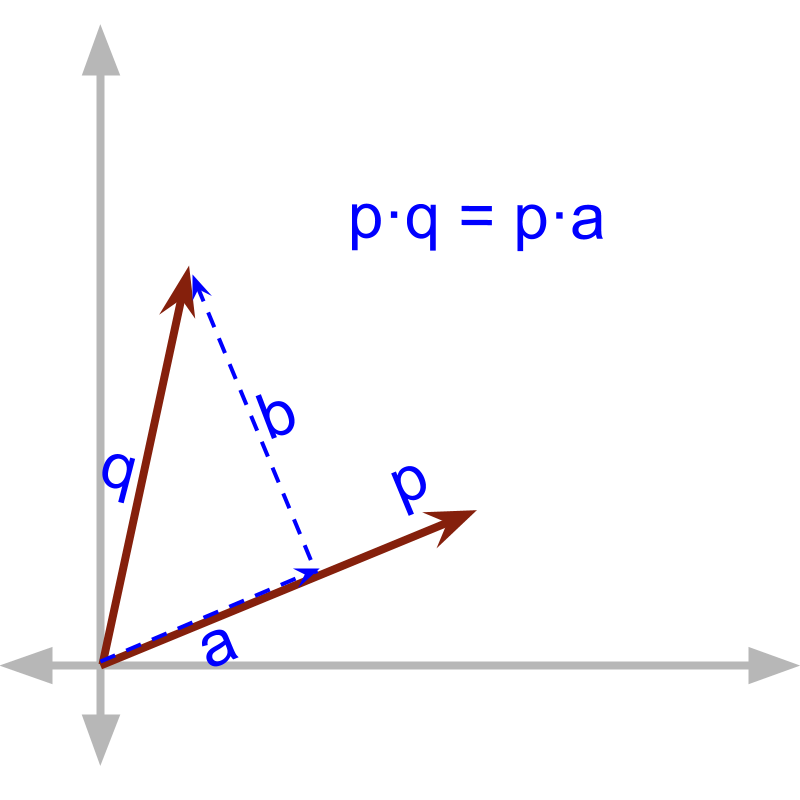 We have developed the understanding that
•  In some application scenarios, effect will be in the same direction as that of the cause.
•  the observed effect can be sum of the effects of multiple different causes. 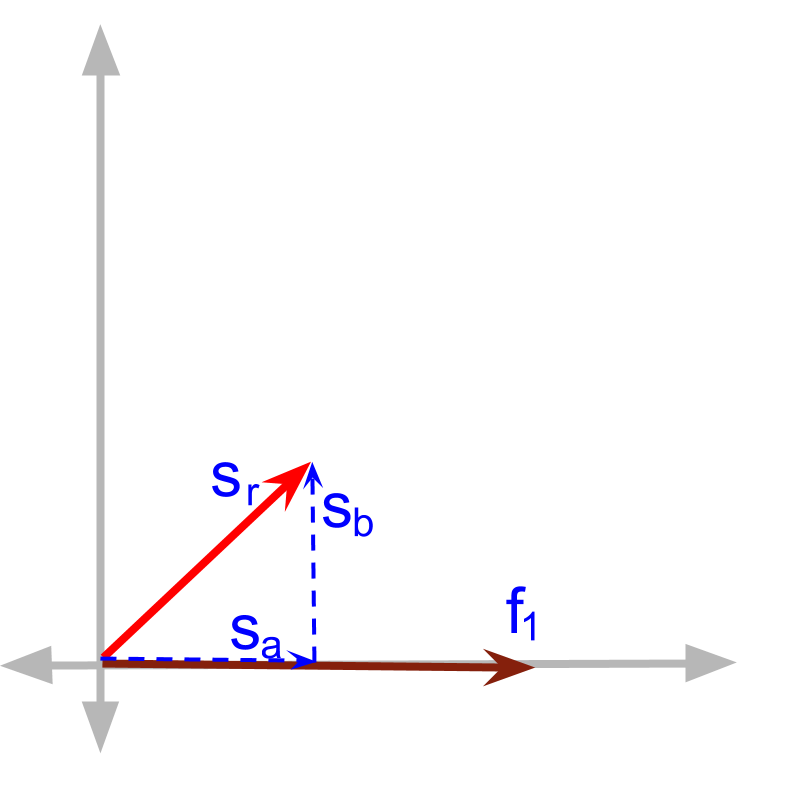 A vector can be split into components in parallel and in perpendicular directions to another vector.

Generalizing that... For two vectors →p and →q, the vector dot product of the vectors is given by multiplication of
•  magnitude of one vector and
•  the magnitude of the component of second vector in parallel to the first vector. 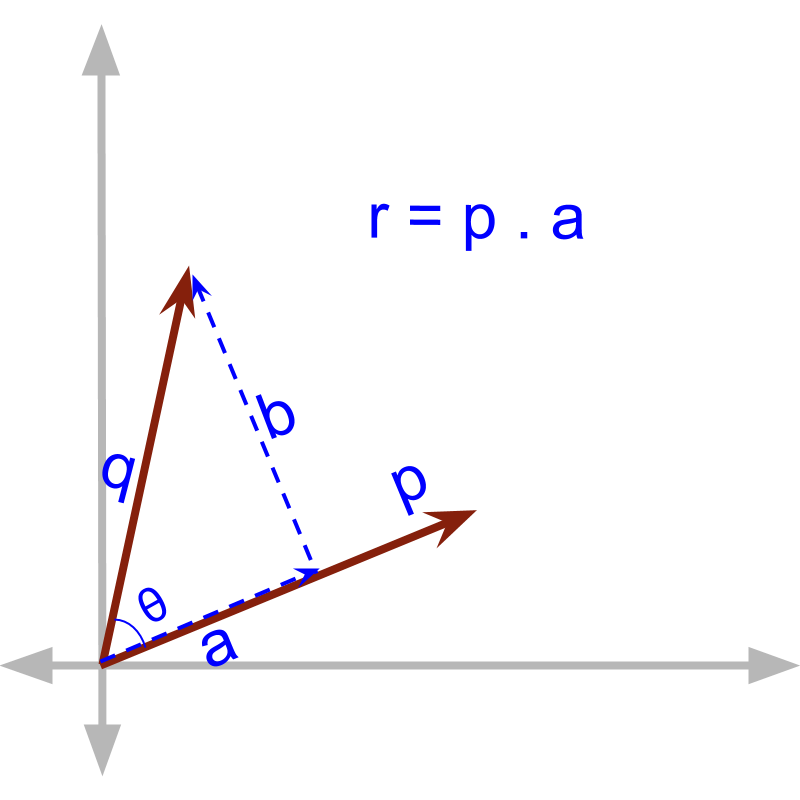 The component a can be computed as '|q|cosθ', using basic trigonometry.

This product is formally defined as vector dot product.

→p⋅→q=|p||q|cosθ
Note that the result is a scalar. So, this operation is also called Scalar Product of vectors.

A vector multiplication for components in parallel (in the same direction) is defined as scalar product or dot product.

The component in perpendicular does not take part in the dot product. This product of vector models application with the cause-effect relations that always in the same direction.

When two vector quantities interact to form a product, either one of the (1) component in parallel or (2) component in perpendicular is involved in the multiplication.

A vector multiplication for components in perpendicular is defined as cross product. This is explained later.

Vector with magnitudes 4 and 6 are in the opposite directions. What is the dot product of these two vectors?

A vector →p of magnitude 30 is the cause. The observed effect is →q of magnitude 20 at an angle 45∘ to the →p. What is the product between them?

The answer is '300√2'. Product between cause and effect is vector dot product |p||q|cosθ.

Vector Dot Product / Scalar Product : is defined as
→p⋅→q=|p||q|cosθ where θ is the angle between →p and →q.

It is the product of components in parallel (i.e. in the same direction).