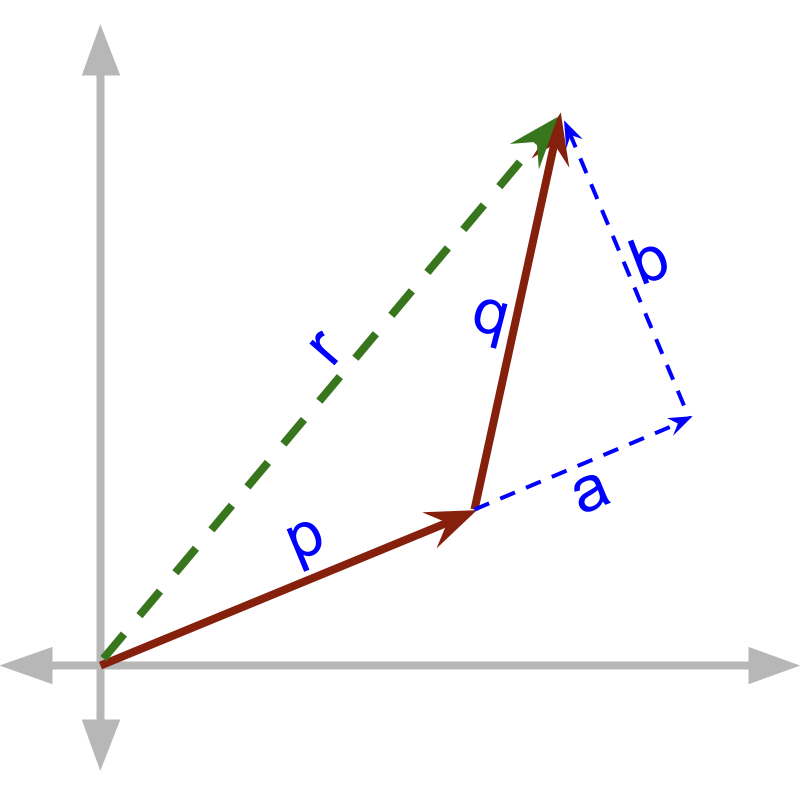 So far, we understood
•  vectors are quantities with magnitude and direction
•  vectors are represented in the a form that includes the direction, eg: component form ai+bj+ck

An example of vector quantity is 3 meter north, which specifies magnitude 3 and direction 'north'. 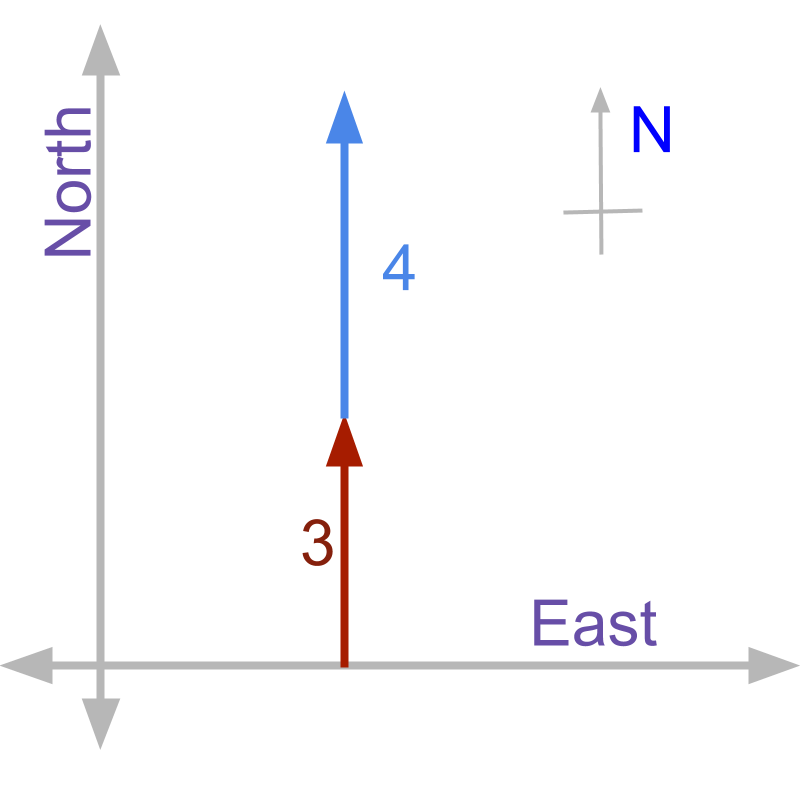 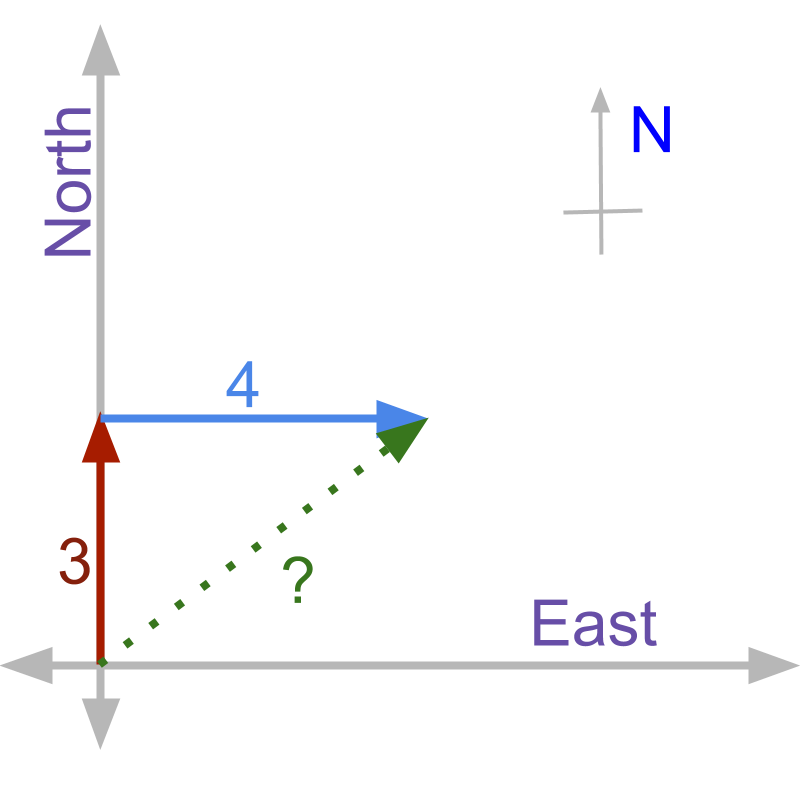 A person walks 3 meter north and continues towards east for another 4 meter. Since the person walks in different directions, the sum: '≠3+4'. Two vector quantities do not add up in magnitude if they are not in same direction. The result vector magnitude will be smaller to the direct sum of magnitudes of the vectors.

A person walks 3 meter north-east and continues to walk in north-east direction for another 4 meter. Since the person walks in only one direction, the answer is '3+4'. Two vector quantities add up in magnitude if they are in same direction. 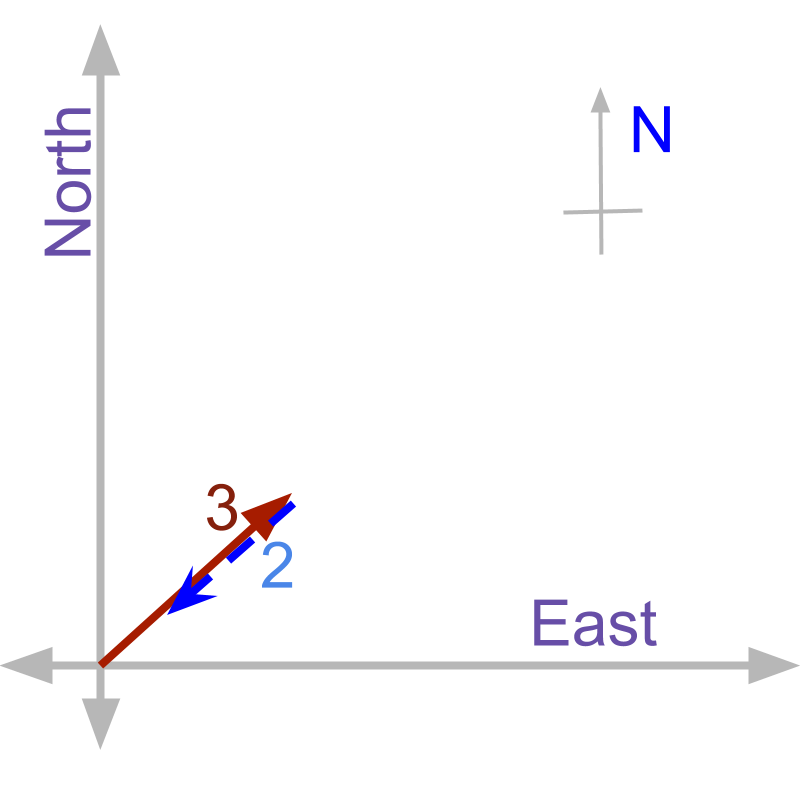 A person walks 3 meter north-east. He then turns back towards the starting point and walks 2 meter towards starting point. The second stretch of walk is considered to be −2 in the same direction as the first stretch. One vector subtract from the another vector in magnitude if they are in opposite directions.

. And we have a coordinate geometry representation of lines in the figure. Is that correct to represent the vector quantities as directed line segments? Yes. 'all forms of vectors can be equivalently represented in coordinate plane as rays and geometry can be used to solve'. 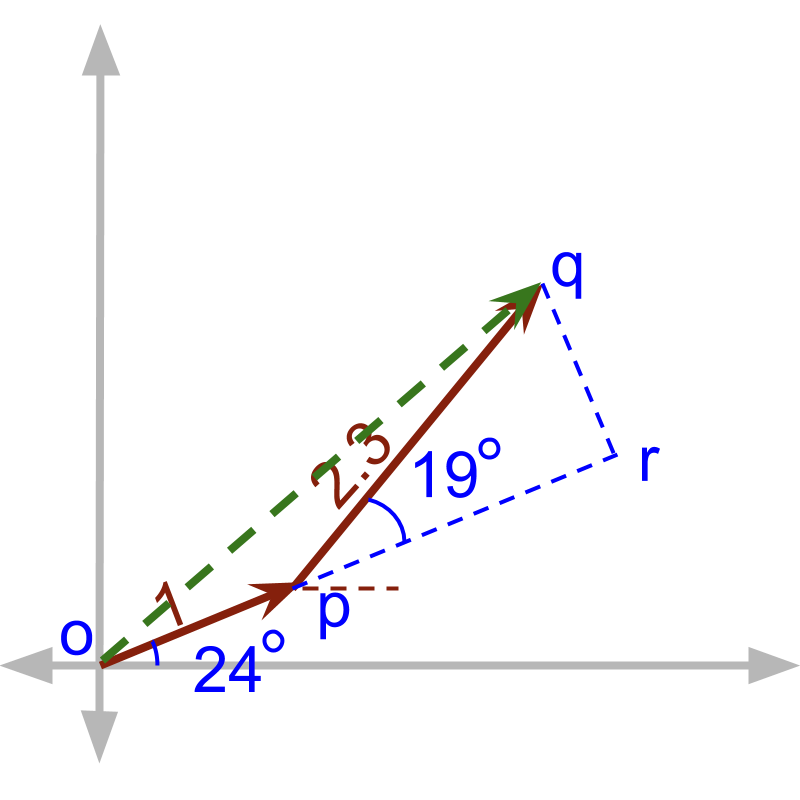 The addition is carried out equivalently in coordinate plane. The →pq is split into two vectors →pr and →rq. In this, →pr is parallel to →op and →rq is perpendicular to →op. 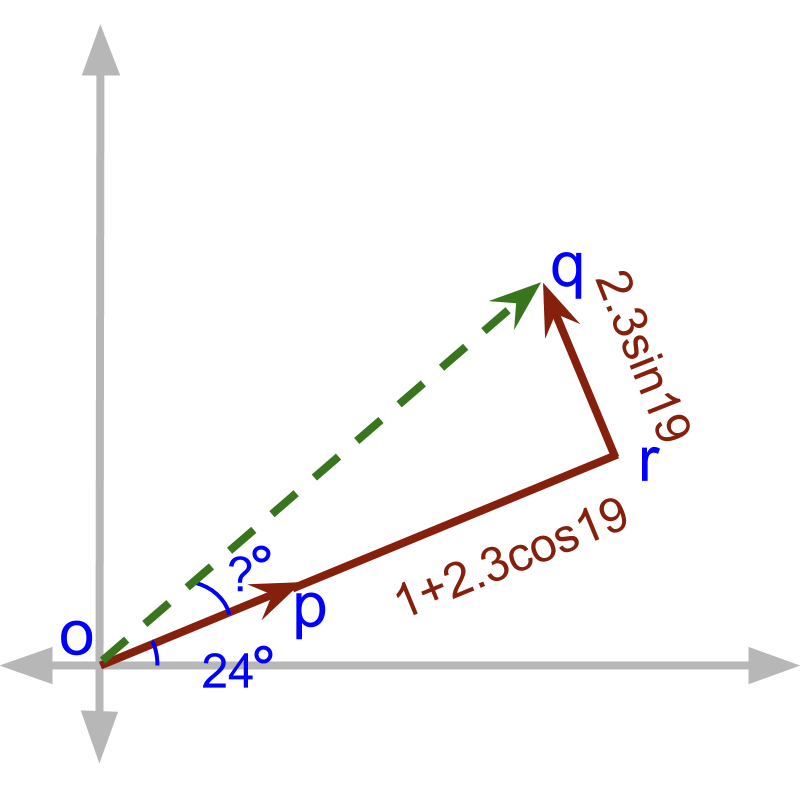 Then, after adding the parallel vectors →op+→pr=→or=1+2.3cos19. Now to specify the result of addition of two vectors, we need to specify the magnitude ∣∣→oq∣∣ and angle between x−axis and →oq. We can do simple trigonometric calculation on the triangle △orq. 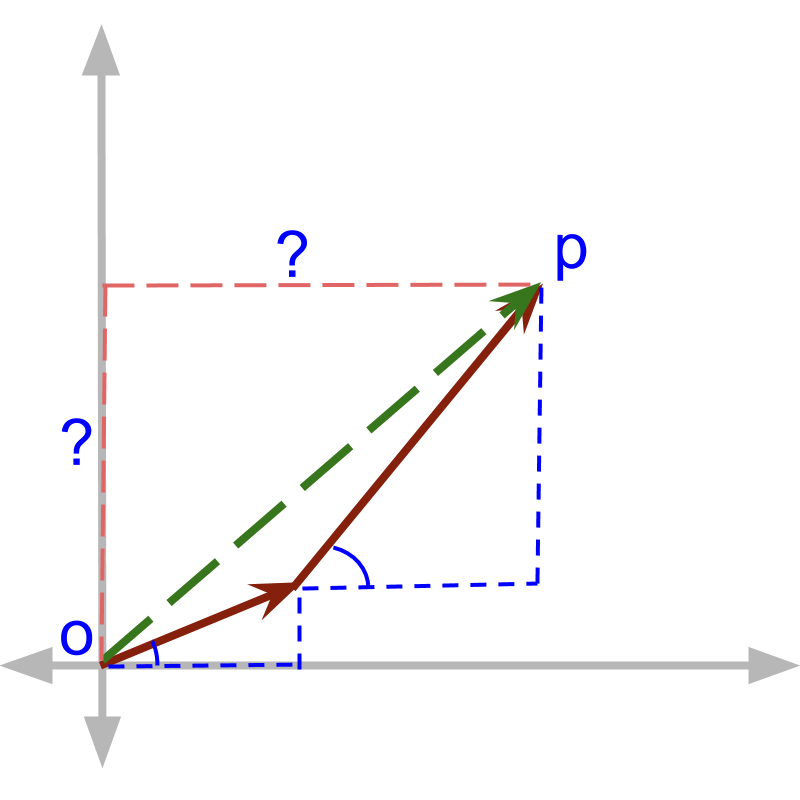 Summary:
If two vectors are added, then the result of addition is to be computed using trigonometrical calculations.

If the quantities have the same direction, then the trigonometrical calculations are simple enough that their magnitudes add up.

If the quantities have directions at right angle, then Pythagoras theorem can be used to combine the magnitudes.

If the quantities have different directions, then trigonometric calculations are used to find components in parallel and in perpendicular.

•  component →a in parallel to →p and

•  component →b in perpendicular to →p