»  Two products because of orthogonality of components of vectors 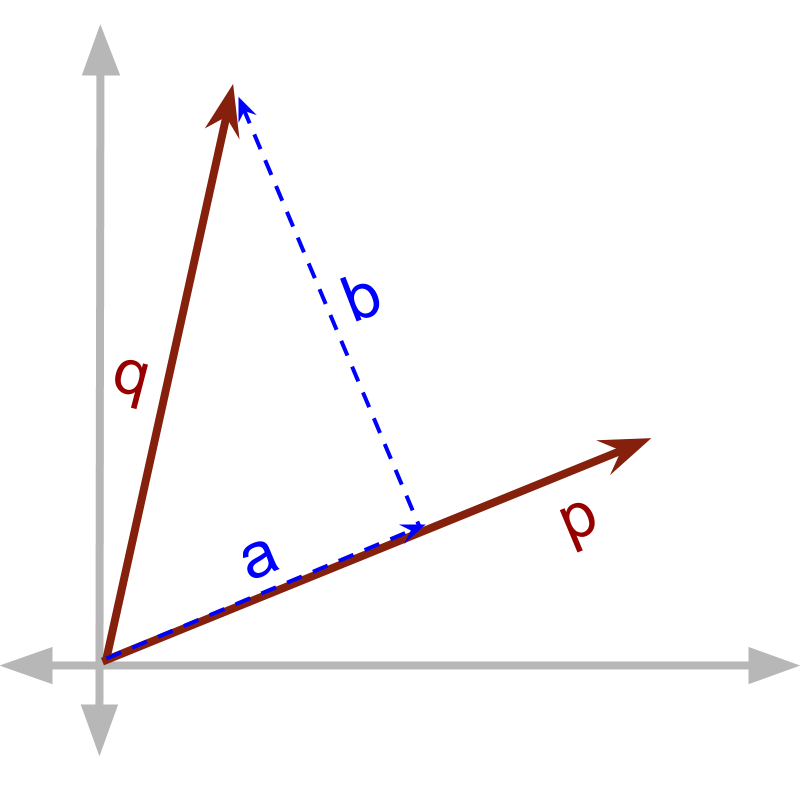 We have learned that Vector dot product is defined as multiplication of components in parallel. This definition provides mathematical model for the cause and effect which are in the same direction.

In this page, vector cross product is introduced step-by-step.

Effect of direction : In mathematical calculations, vectors have the following properties

•  A vector is represented as components along orthogonal directions.

•  In vector addition, components in parallel add up.

Similar to that, does vector cross product has any meaning or practical application? OR is that just an abstraction?
Consider the field of standing crops and a blade is cutting the crop at an angle. Cross product (in which components in perpendicular interact) can be understood with the following

•  If the blade runs at right angle to the crop, then it cuts maximum

•  If the blade cuts vertically in parallel to the crop, it does not cut any crop

•  If the blade cuts at an angle θ, then the crop cut is in proportion to the component in perpendicular to the crop

And, of course, the cross product is also used in the abstract form to compute products between vectors.

When two vector quantities interact to form a product, either one of the (1) component in parallel or (2) component in perpendicular is involved in the multiplication.

In practical scenarios, when one component interacts, the other component does not interact and is lost in the product.

At an abstract level, there are two products possible. Given multiplicand →p and multiplier →q. →q is split into →a and →b, such that
→q=→a+→b and
→a is in parallel to →p
→b is in perpendicular to →p

two forms of multiplications are defined for each of these two components.

•  one with component in parallel to the other, called vector dot product.→p⋅→q=→p⋅→a

•  another with component in perpendicular to the vector, called vector cross product. →p×→q=→p×→b