»  sequential addition of →p and →q 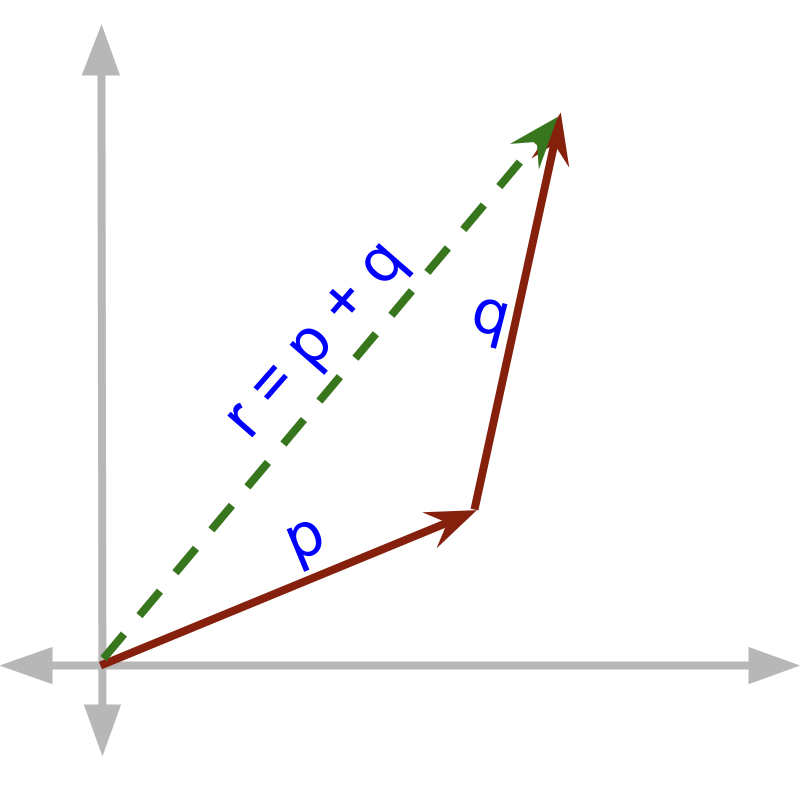 →  the third side of the triangle formed by →p and →q

With 20 liter, another 10 liter is added. Scalar quantities can be added sequentially.

Two taps simultaneously fill a bucket. One fills at 20 liter per hour and another fills at 10 liter per hour. At the end of an hour, the bucket has 20+10=30 liter of water.

Two streams of water are added into the bucket. Scalar quantities can be added continuously.

We have seen that two ways scalar quantities can be added - Sequentially and Continuously.

A person walks for 1 units at 24∘ , then from that point, walks for 2.3 units at 43∘ angle. Addition of these two vectors is an example of Sequential addition of vectors. At the end of the first vector, the second vector starts and added.

Two vectors are added sequentially as given in the figure. The result of the addition is 'the third side of the triangle'.

Two vectors form a triangle with the sum as the third side of the triangle.