»  Note: the dot product is used in applications where parallel components take part in multiplication

This is an example of cause and effect relation in scalar quantities.

Some cause-effect relations are

•  Volume of Paint and painted area

•  Number of tickets sold and the money collected in the sale

•  speed of a car and distance covered in an hour

2 liter of paint is required to paint 3 square meter. If 14 liter paint is available, how much area can be painted?

•  This cause-effect relation is defined by a function involving multiplication by a constant.
area=volume×32.

Everyday, a hotel sends a worker to buy eggs from market. The eggs are priced at 1 coin each and the worker charges 5 coins for the travel to buy eggs. How many coins are to be given to buy 120 eggs?

•  This cause-effect relation is defined by a function involving addition of a constant.
coins= number of eggs × price per egg +5

From the examples, it is understood that, Definition of a relation as an expression involves

Apart from these arithmetic operations, quantities may be related by

•  rate of change, which is covered in differential calculus

•  aggregate which is covered in integral calculus

The quatities involved need not be scalars, one or both of the quantities may be vectors.

Two vector quantities may be connected with cause-effect relation.

Is it possible that the table move in any direction other than the direction of force? (given that no other force is acting on the table.) 'No, Not possible'.

A ball moves with velocity →v. The displacement due to that velocity be 'in the same direction as →v'.

A ball moves with velocity →v1 in one direction and velocity →v2 in another direction. The sum of velocities →v=→v1+→v2.

One pulls a table towards east and at the same time, another pulls the same table towards north. If both are pulling with same magnitude, then the table will move in 'North-East' direction.
This can be verified with a simple experiment at home / class. 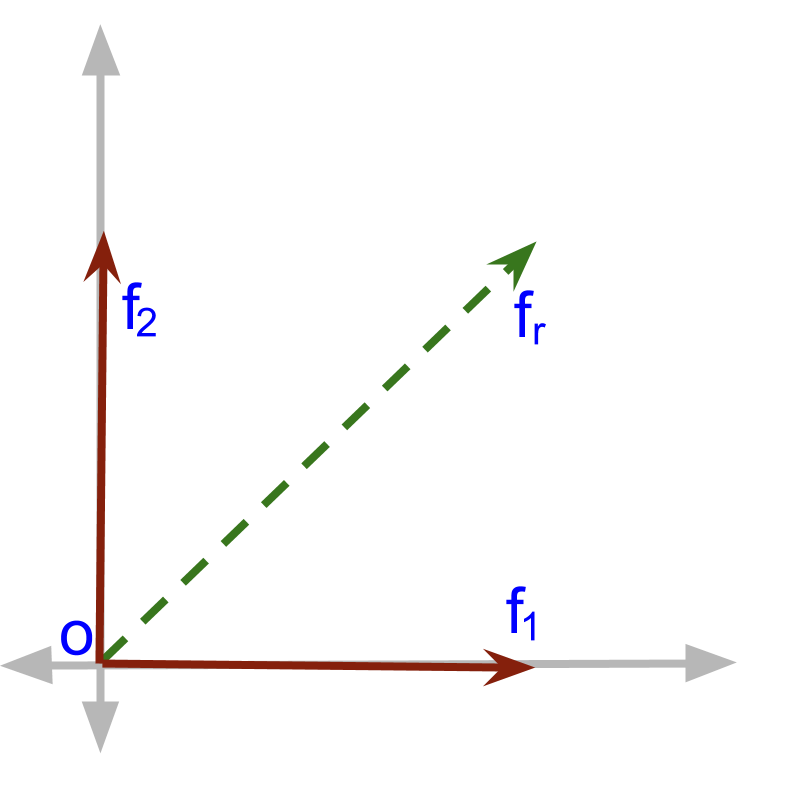 The problem is shown in the figure. The forces →f1 and →f2. The combined →fr is shown. →fr=→f1+→f2. Parallelogram law of Vector Addition or Triangular law of Vector Addition can be used interchangeably to solve this. Triangular law or Parallelogram law are to understand different aspects of vector addition, and both equivalently describe vector addition. 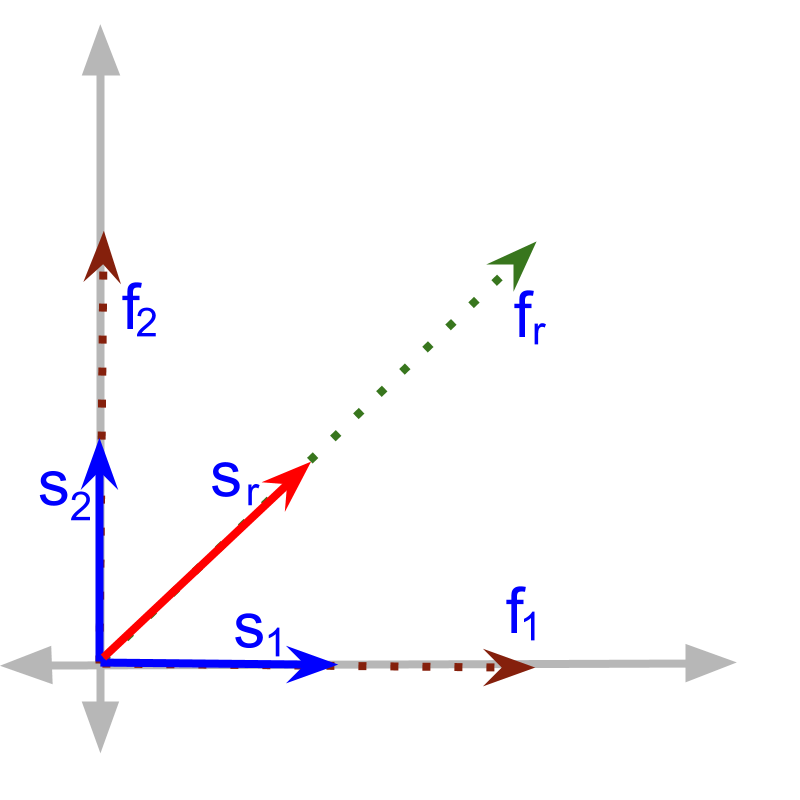 If force →f causes →s displacement, then the work done by the force is calculated as
work = f multiplied by s

Given the force, displacement pairs in the figure, the work done by force →fr is 'fr multiplied by sr'. Because fr causes sr.

Given the force, displacement pairs in the figure, the work done by force →f1 is 'f1 multiplied by s1'. Because f1 causes s1. 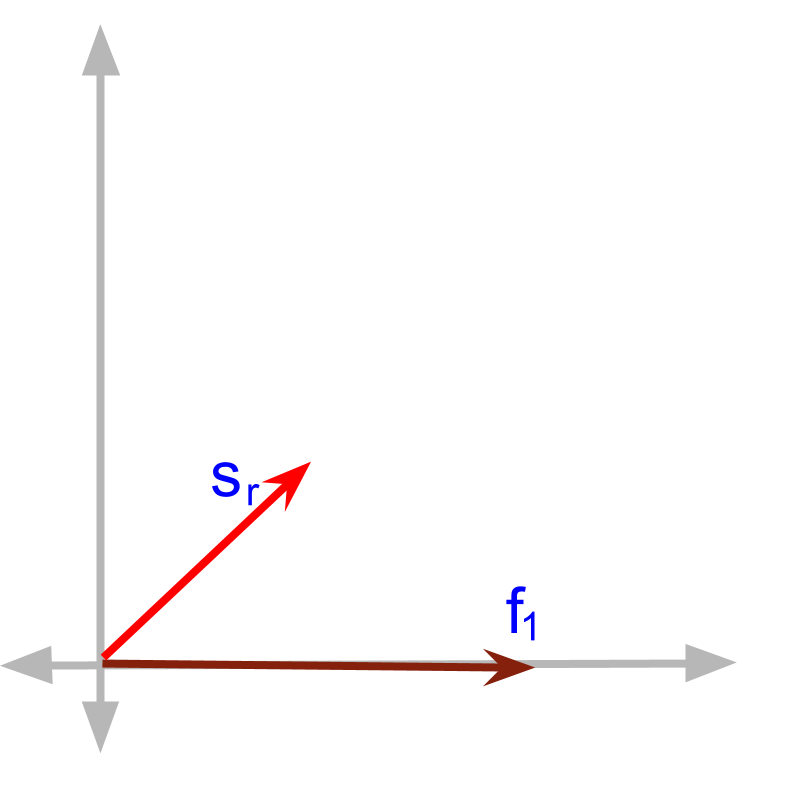 The work done by force →f1 is NOT the magnitudes of →f1 multiplied by →sr multiplied.

The work done by force →f1 is the magnitude of →f1 multiplied by the component of →sr in the direction of →f1. This is explained in the next page in detail.