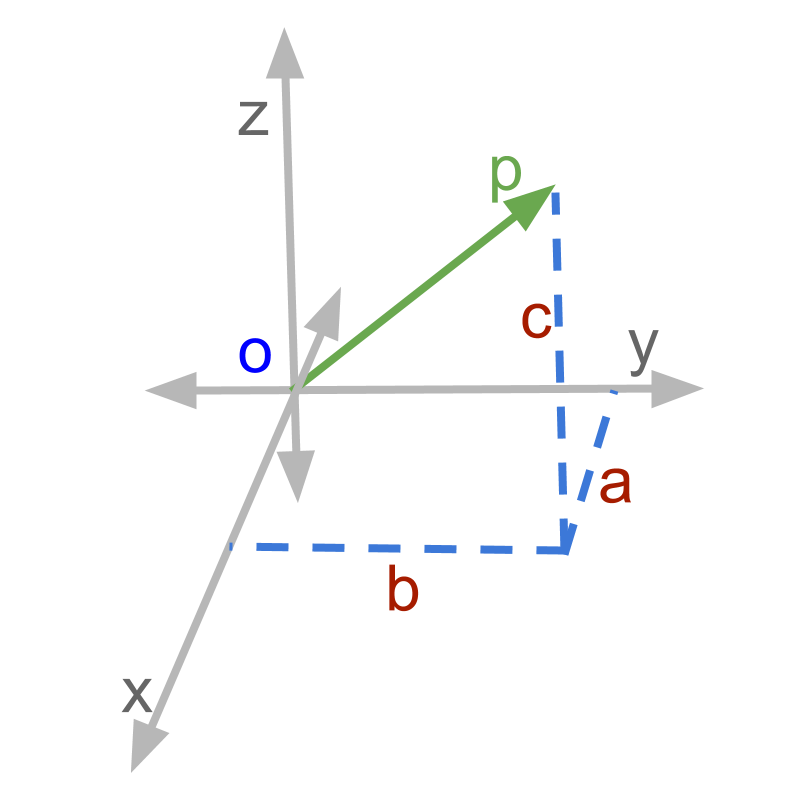 →  i, j, k are unit vectors
→  a, b, c are scalars
→  →p=ai+bj+ck
component form is scalar multiplication and addition of unit vectors. 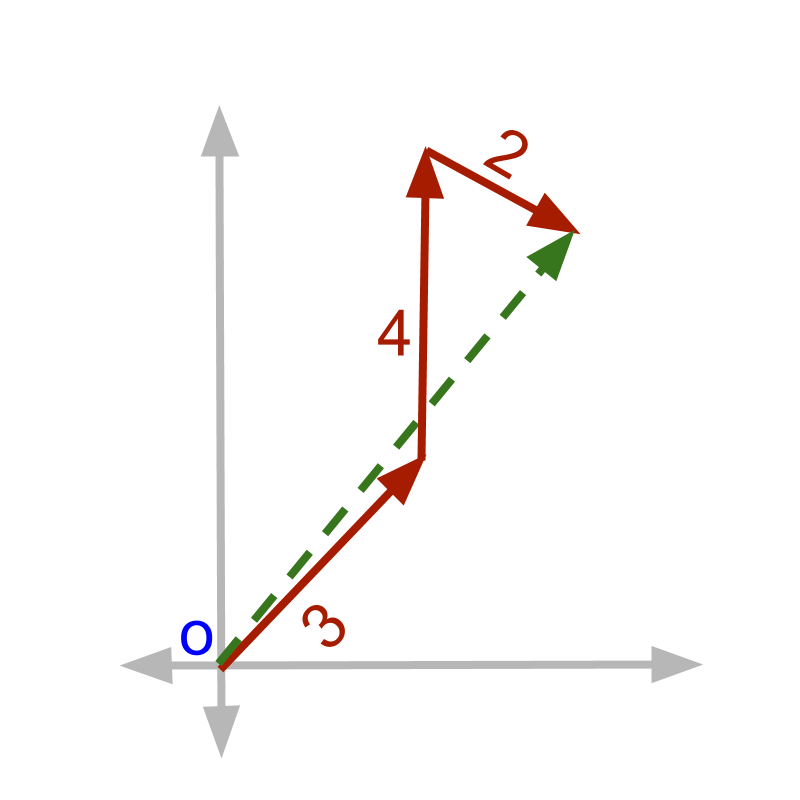 If a person walks 3 meter north east, 4 meter north. Then, facing north, the person turns clockwise 120∘ and walk 2 meter forward. The figure shows the problem using line segments and trigonometry is used to solve for the distance between starting position and the end position. 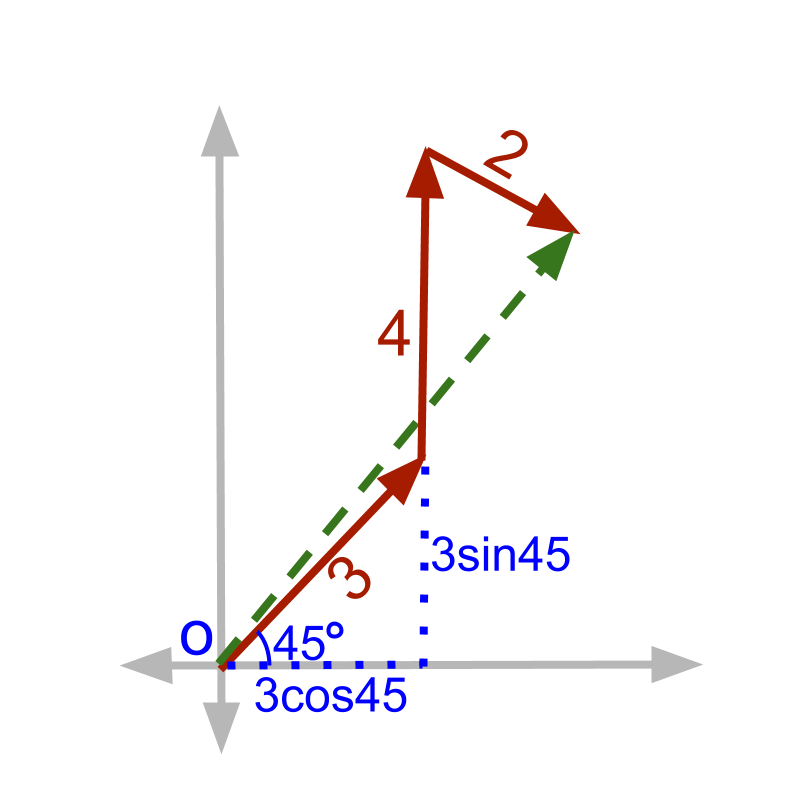 The solution with trigonometry is illustrated in the figure. Represent each of the segment in their horizontal and vertical components.

•  Add each of these east and north components individually

The solution is made simple when the vector quantities are split into components having same direction, as (east and north), With which the addition was easy.

This observation lead to specifying the quantities differently in the first place.

In vector form, we choose to represent in the format given in right hand side. A 3D vector is given as a sum of components along three dimensions, which is equivalently a sum of scalar multiples of the three unit vectors.

This is a delightful learning.

•   We studied about the vector representation as ai+bj+ck.

•   Then, we studied about orthogonality of directions and 3D space is represented with 3 dimensions.

•   Then, we studied about scalar multiple of vectors.

•   Then, we studied about representing a vector as linear combination of several vectors. →x=a→p+b→q where a,b∈R

•   Then, connecting all these, the vector representation ai+bj+ck is explained as

→   Any vector in 3D space is represented as linear combination of the unit vectors i, j, k as ai+bj+ck.

Vector representation is chosen to be sum of standard unit vectors multiplied by scalars.