Vector as sum of vectors

Vector as Sum of Vectors

»  numerical expression in place of numbers
→  2 can be represented with 4−2 or 3417
All these represent the same number.

»  Vectors as Linear combination of vectors 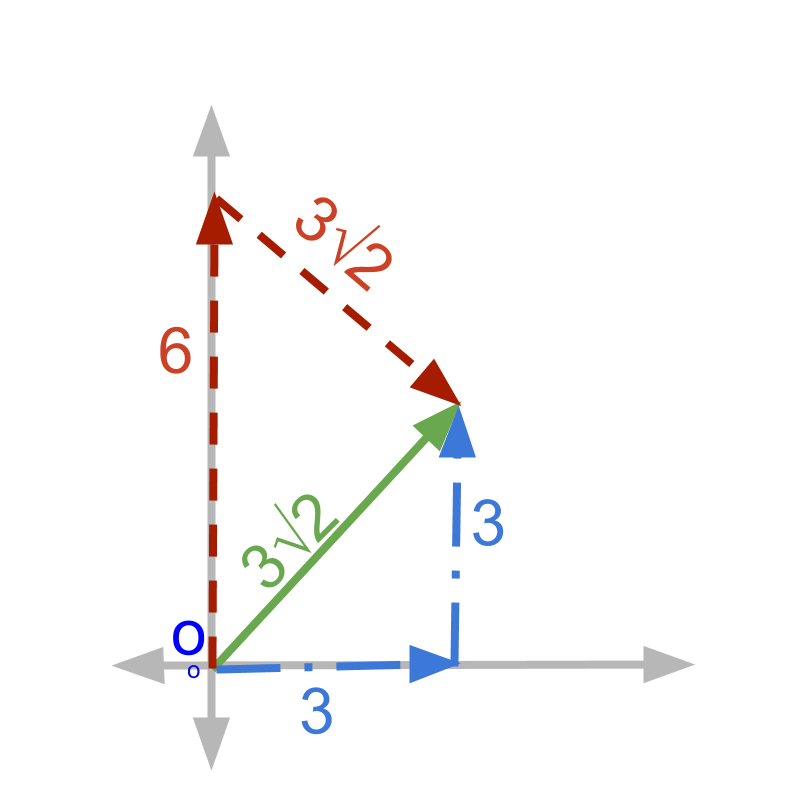 A quantity can be equivalently represented with severals forms of numerical expressions.

To walk back to the starting point, all three has to walk 'same distance in the same direction'.

The three vectors given above are effectively the same vector in three different forms. A vector quantity can be equivalently represented by combination of several vectors.

To understand this, Consider the example in scalar quantities. Person A has 3 apples in a basket. Person B has 2 apples in one hand and 1 apple in another hand. Both has the same number of apples, which is understood as 2+1=3.

Linear Combination of Vectors: A vector can be equivalently represented as sum of vectors.

A vector can be equivalently given as the sum of vectors.