»  By definition, dot product is scalar

»  Some applications may specify an additional direction in the multiplication of components in parallel. In such cases, the direction is combined.

An object by position vector →p casts a shadow on a screen. The screen in given by unit vector →s. The shadow is a vector that spans as a ray with a starting and end point. 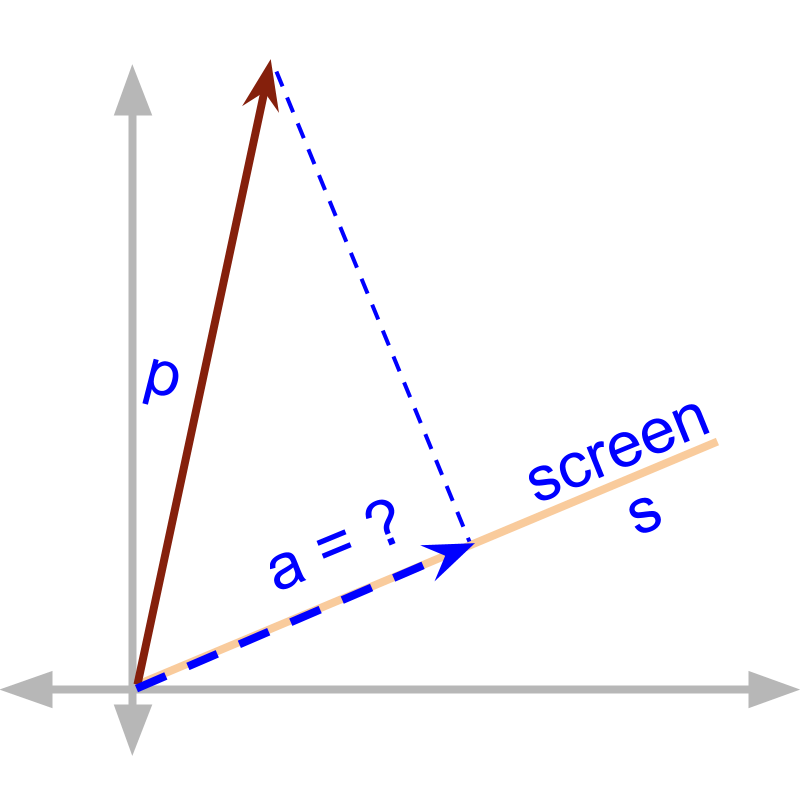 →p and the screen ˆs are given. The length of the shadow is →p⋅ˆs which is a scalar |p|cosθ

Vector dot product by definition is a scalar. Depending on the application requirement, a direction can be added to the scalar.