In this page, the bar-graph representation of Data is explained with simple examples.

The data can be given in a spatially laid out visual form. It is widely used in newspapers and other publications. 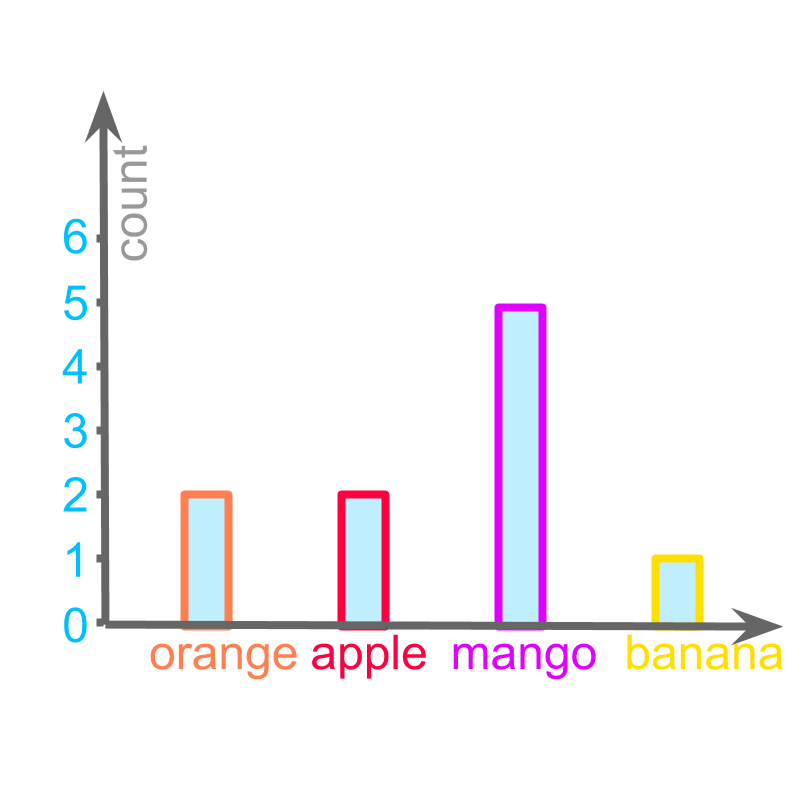 Consider the data: Number of students who took a given fruit.

The figure depicts a "bargraph" of the data.

The word "bar-graph" means: data represented with bars. The representation can be with horizontal or vertical bars.

Earlier, we learned about scaling in pictographs. Scaling was introduced to represent large data-values.

The bar graphs have a similar problem. The numbers marked in vertical axis will be too close for large values. 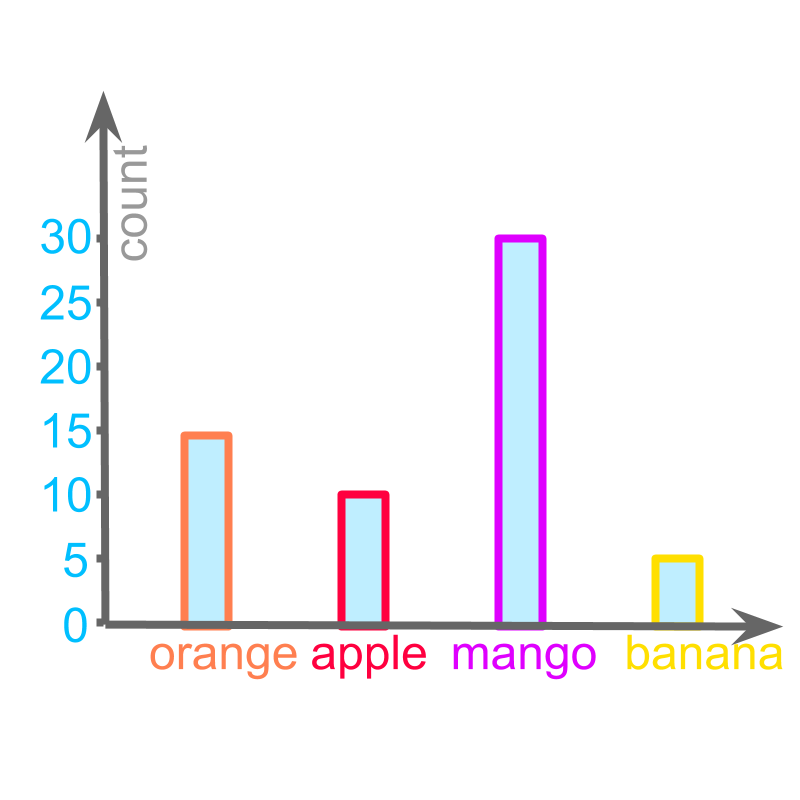 Instead of marking each of the values in the vertical axis, the values are marked in increment of 5. This is illustrated in the figure. 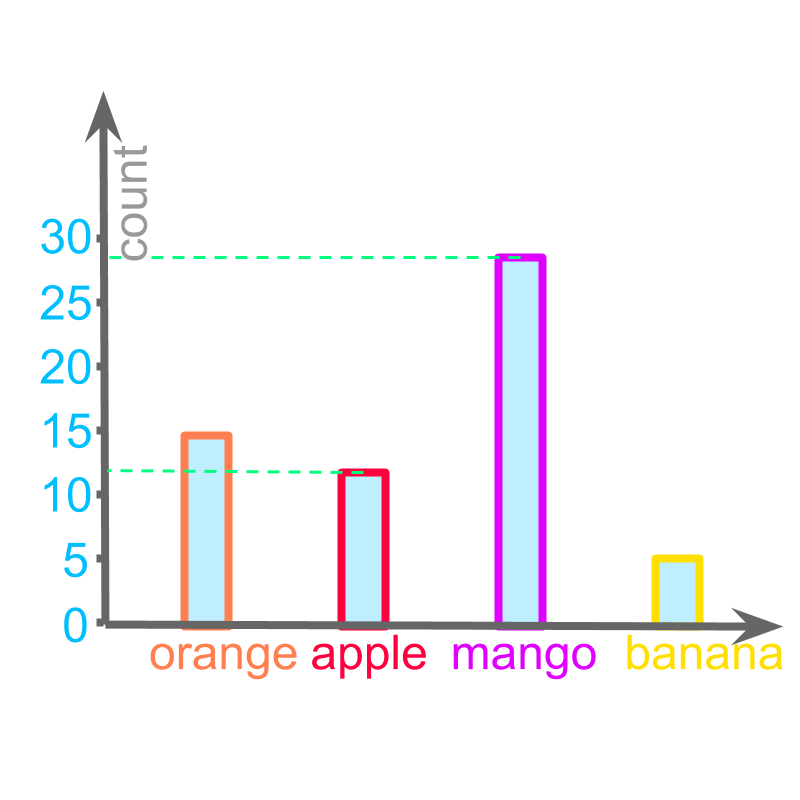 The number of apples 12 is represented with a vertical bar of height 12.

Similarly the number of mangoes 28 is represented with a vertical bar of height 28. 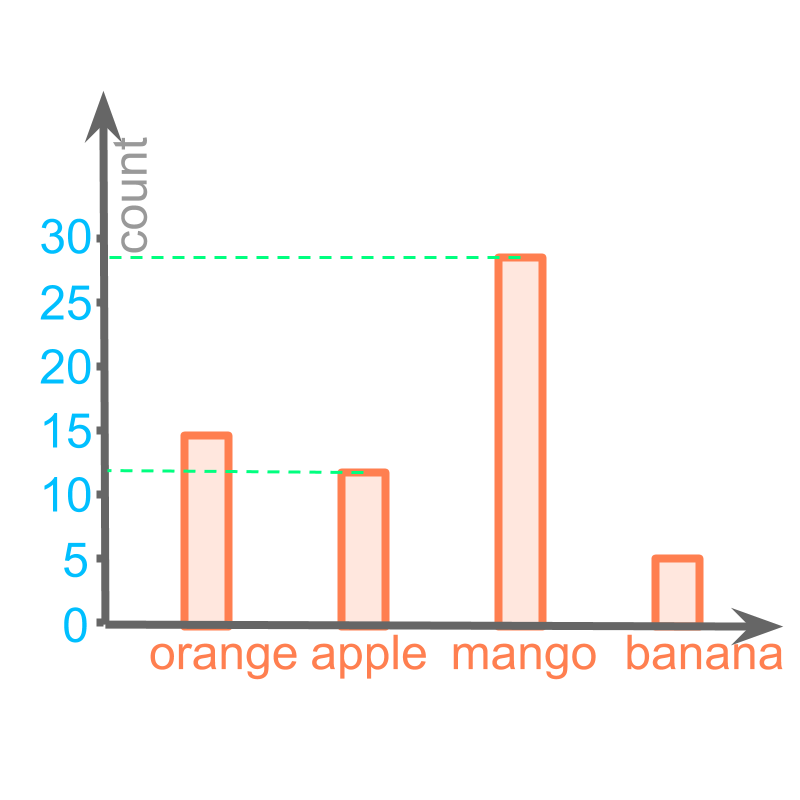 Bar-Graph : A spatial representation of data with bars in vertical and horizontal axis.