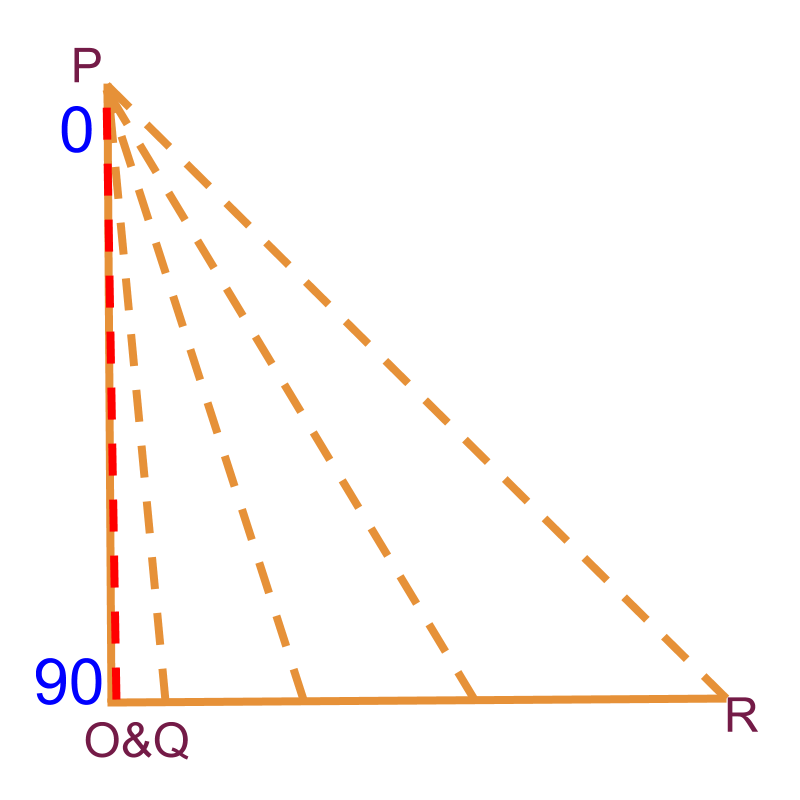 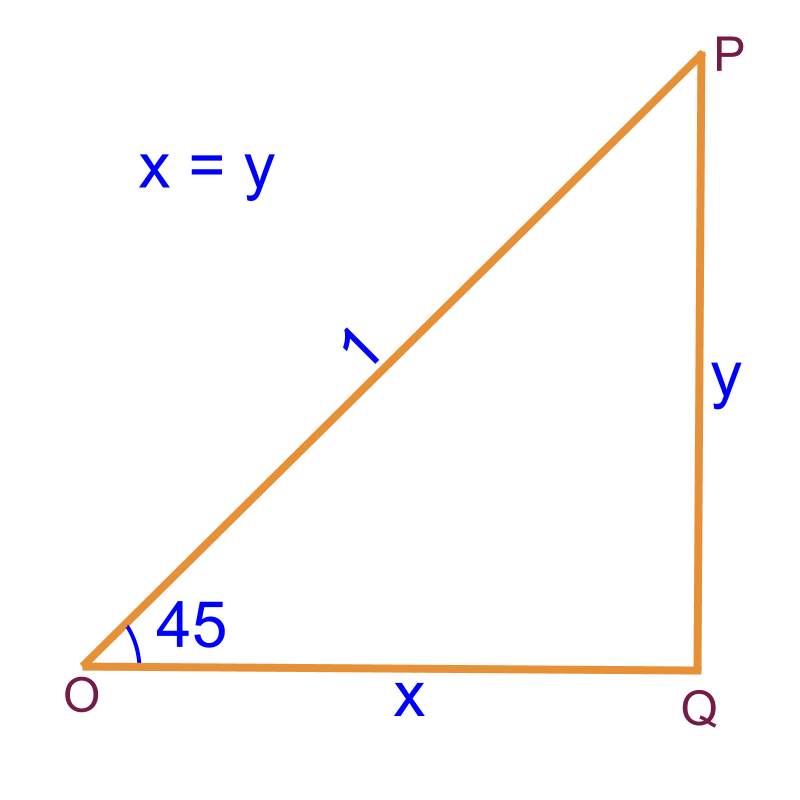 »  30 and 60 : Derived from equilateral triangle
→  one side is half of hypotenuse

We had studied that the ratio of two sides of a right-triangle is a constant and the such constants are named sinθ,cosθ,⋯ for given values of θ=0∘,0.2∘,1∘,2.7∘,⋯.

It is noted that one cannot memorize all values of sinθ. A reference table is to be created and used when required.

Students work out values of trigonometric ratios sin, cos, and tan, for the angles for which the ratio between two sides of triangles can be computed using only given angle

•  triangles with one angle 0∘

The equilateral triangle is split into two right angled triangles as shown in the figure. The hypotenuse ¯¯¯¯¯¯OP=1. Then the side ¯¯¯¯¯¯OQ=12. The other side is to be computed using Pythagoras Theorem.

The standard angles in this triangles are 60∘ and 30∘

The two sides of the isosceles right angled triangle are same and the hypotenuse is 1.

The standard angle derived from isosceles right-angled-triangles is 45∘.

The figure shows a triangle ΔOPQ with ∠P=0∘. Imagine the ¯¯¯¯¯¯PR moves towards ¯¯¯¯¯¯PO and forms the triangle where point R meets point O.

The standard angles in a right-angled triangle with one of the angles 0∘ are 0∘ and 90∘.

The word "standard" means: common and established as norm.

•  30∘ and 60∘ : half of equilateral triangle making a right-angled-triangle.

The outline of material to learn "Basics of Trigonometry" is as follows.