»  Angle is measured in degree or radian

Before starting with Trigonometry, let us revise the basics required to understand that. 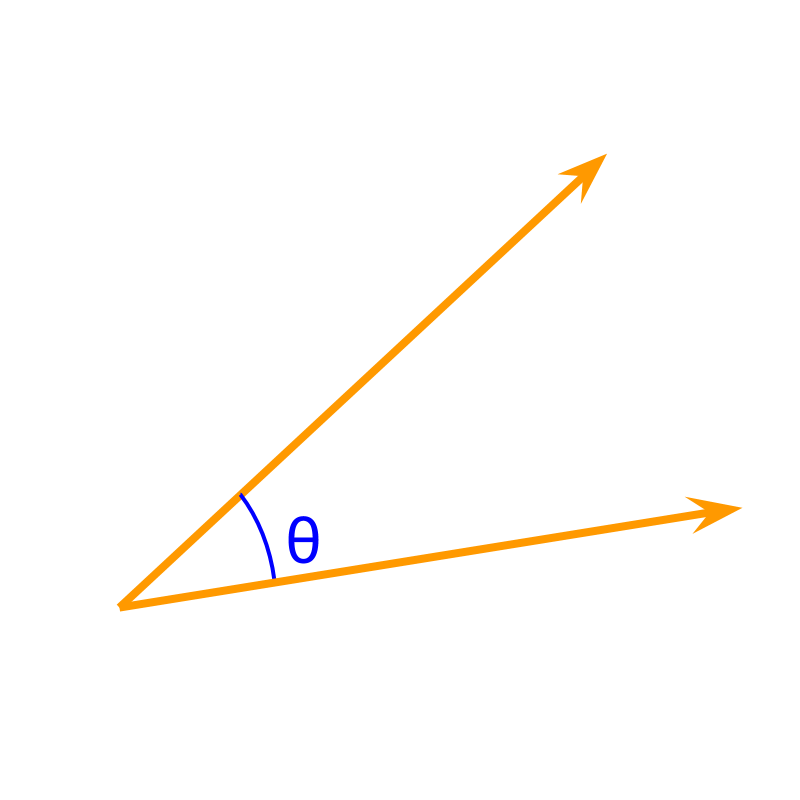 An angle is the measure of rotation between two lines. 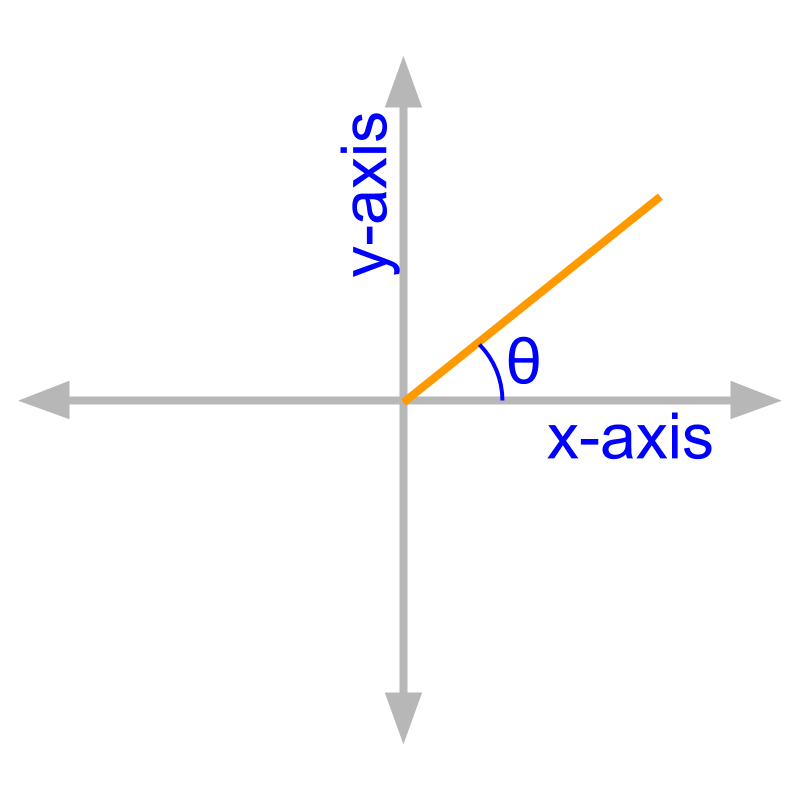 An angle for a given line in a coordinate system is, the angle from the x-axis to the line, measured in anti-clockwise direction.

An angle is measured in degree or radian. 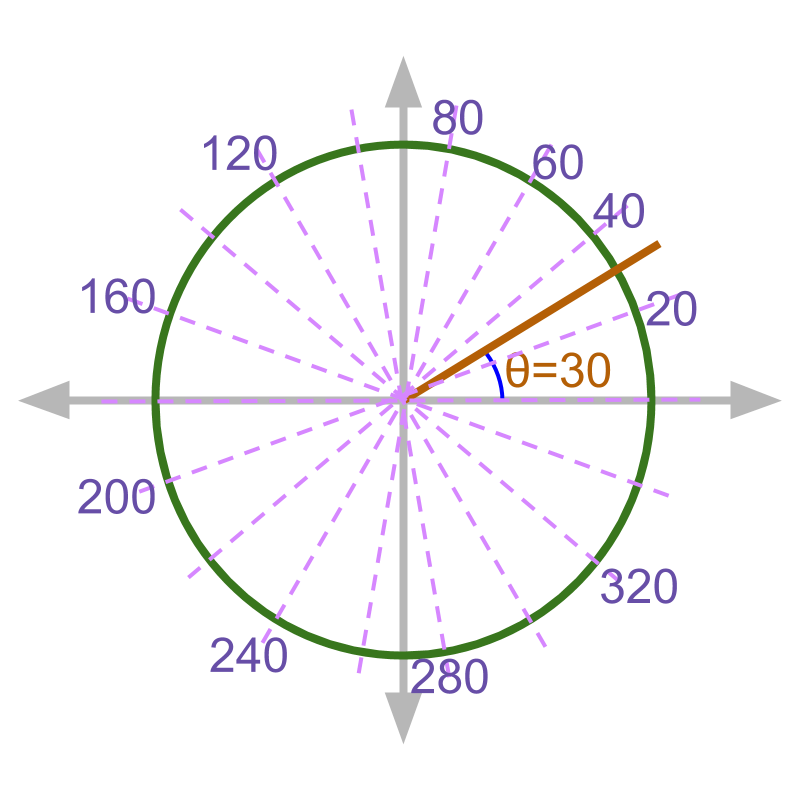 The measure of angle, "degree" is defined by -- Rotation by a full circle is graded into 360 degrees.

From the figure, one should understand.

•  The angles are measured with respect to the +ve x-axis. 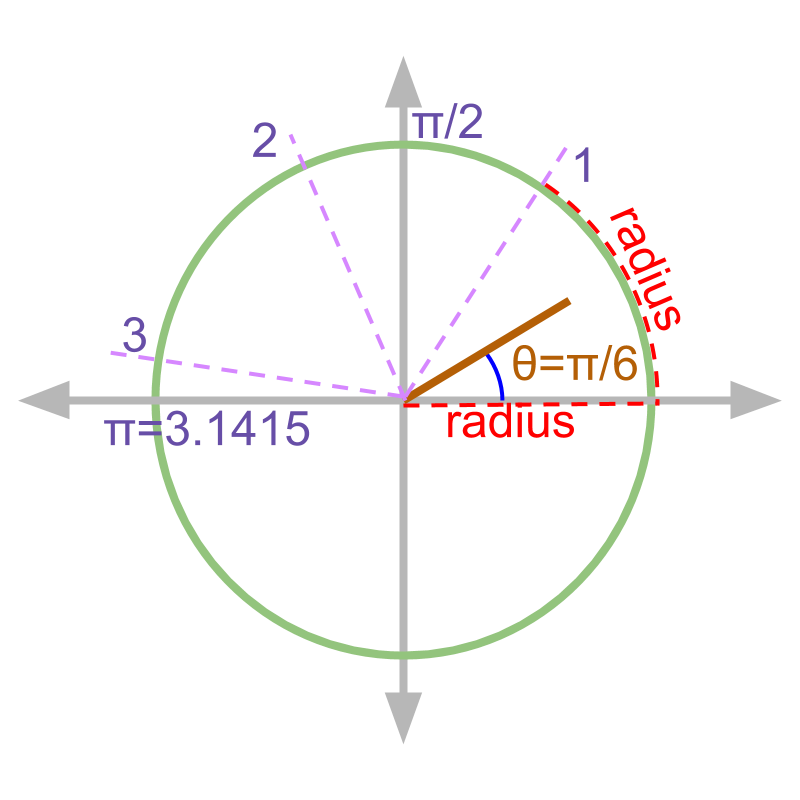 The measure of angle, "radian" is defined by -- 1 radian = angle subtended in a circle, by the arc of length equaling the radius.

From the figure, one should understand

•  The radian measures 1,2,3 radians are marked 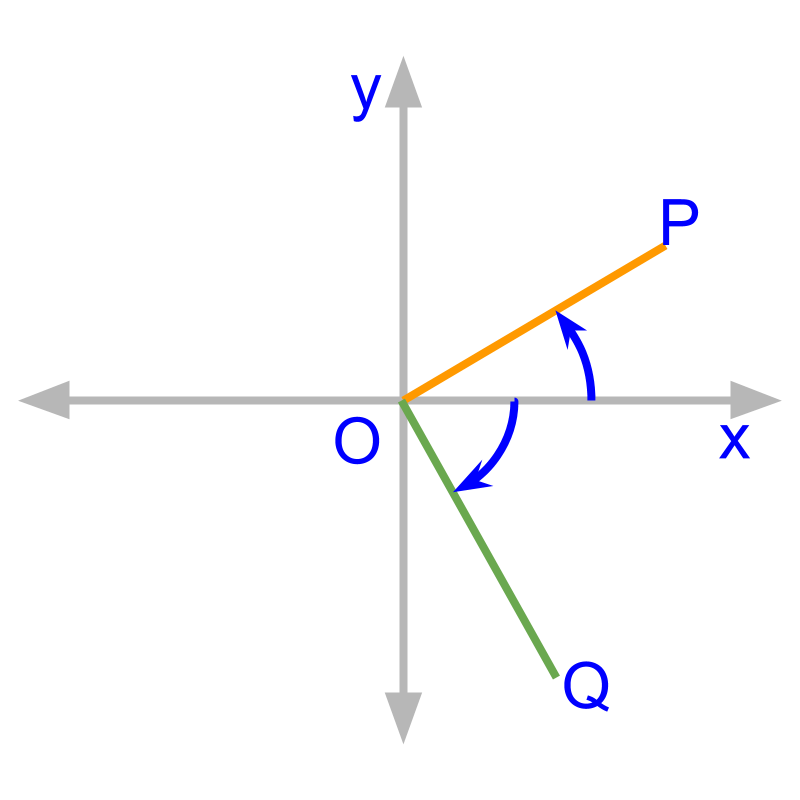 An angle is positive if it is measured in counter-clockwise direction.

An angle is negative if it is measured in clockwise direction. 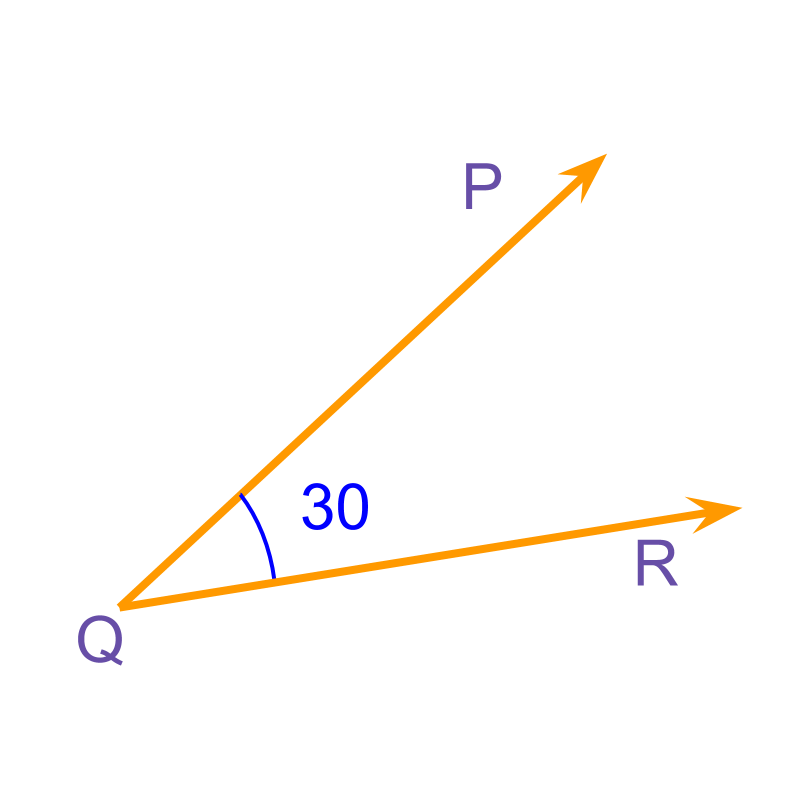 The measure of angle ∠PQR is −30∘. 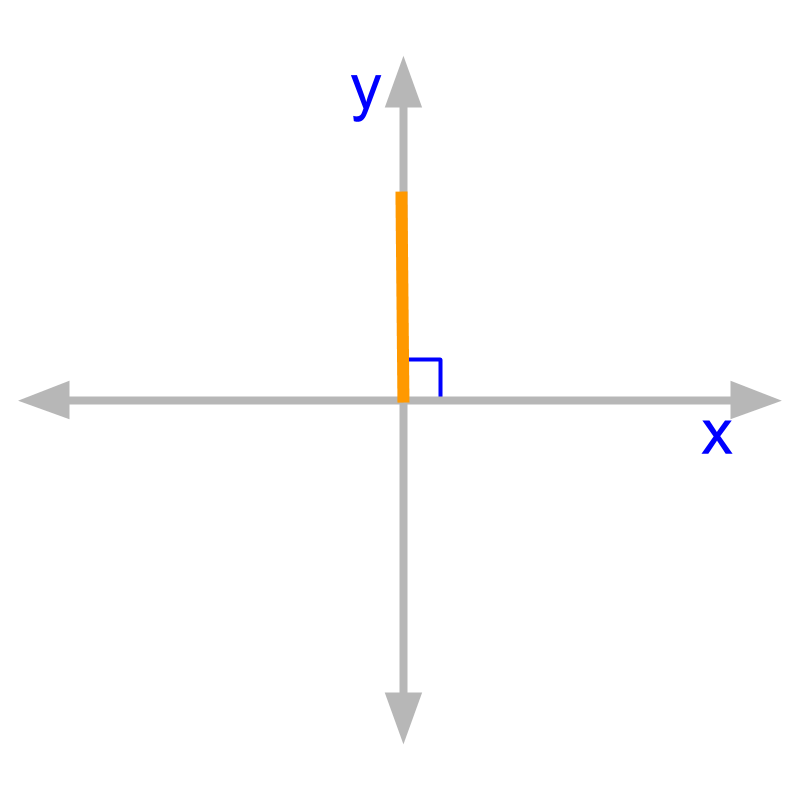 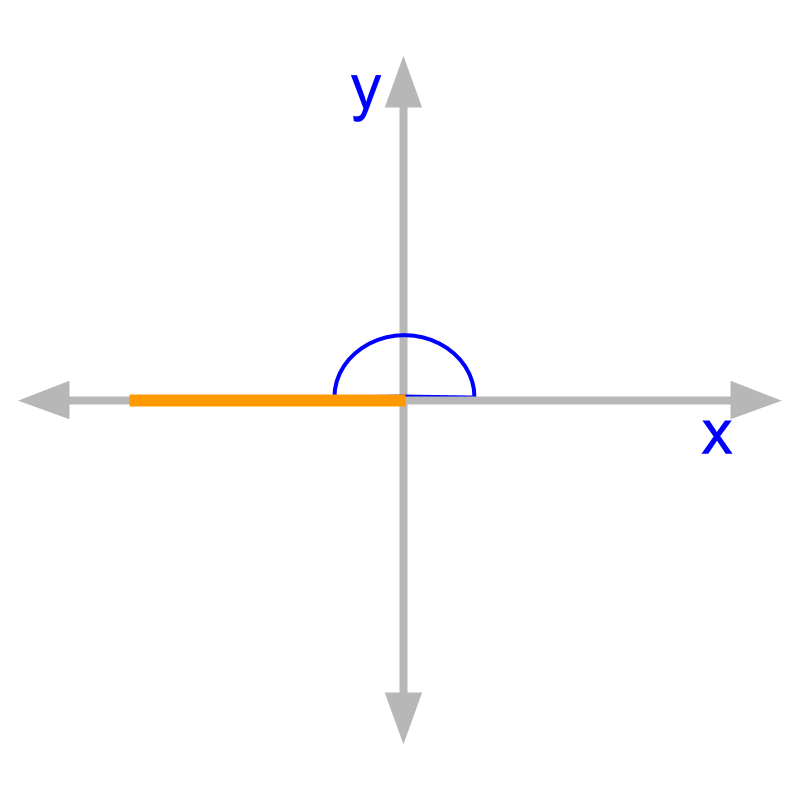 Straight angle is angle of measure 180∘ or π radian. 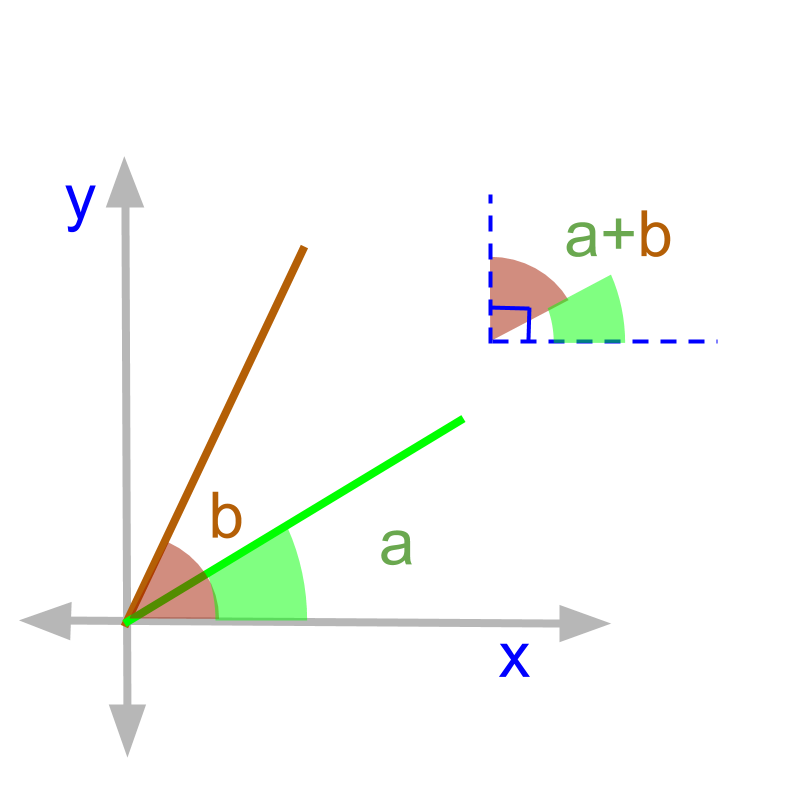 Pair of angles having sum 90∘ are called complementary angles. 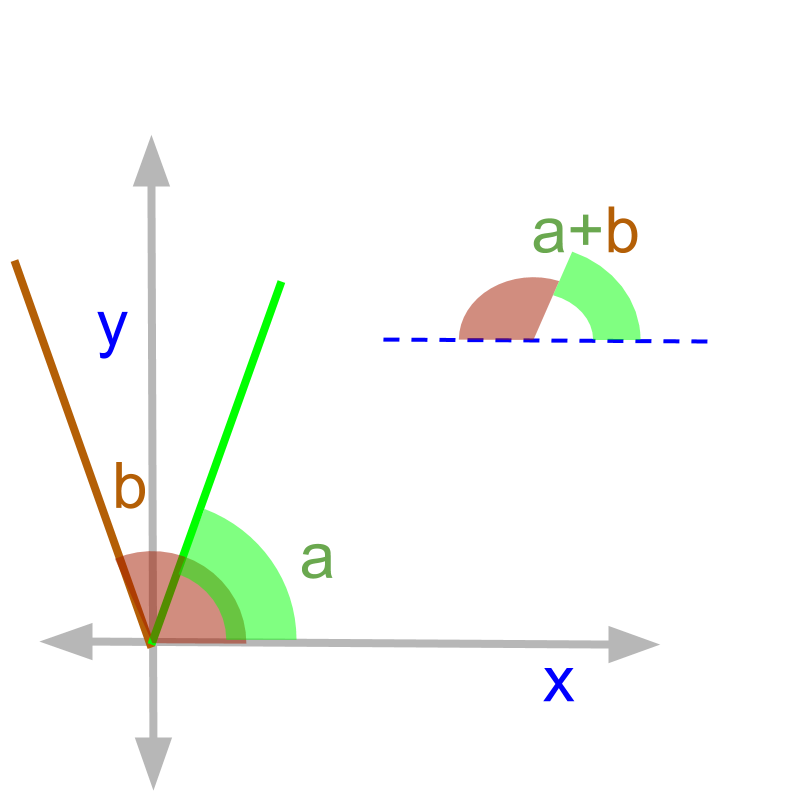 Pair of angles having sum 180∘ are called Supplementary Angles.

The word "supplement" means "comes as an addition".
In a straight line the pair of supplementary angles come together.

The two angles 52∘ and 38∘ are complementary angles.

The two angles 92∘ and 88∘ are supplementary angles.

Basics of Angles to learn trigonometry :

•  Angles are measured in degrees and radians.

Angle: For two line segments or rays with common initial point, the amount of rotation in counter clockwise direction from one to another is the angle.

Degree: Rotation by a full circle is graded as 360∘ and angles are measured in that graded scale.

Radian: Rotation by the length of radius along the arc of a circle, is 1 radian. Angles are measured in proportion to the 1 radian measure.

The outline of material to learn "Basics of Trigonometry" is as follows.