In this page, an overview of approaching construction problems for various quadrilateral forms is provided.

•  A quadrilateral form has some additional properties, for example: all sides of a square are equal and the four angles are 90∘90∘.

•  A quadrilateral is seen to be combination of two triangles.

Using the properties, the construction is simplified into combination of triangles of sss, sas, asa, rhs, sal. 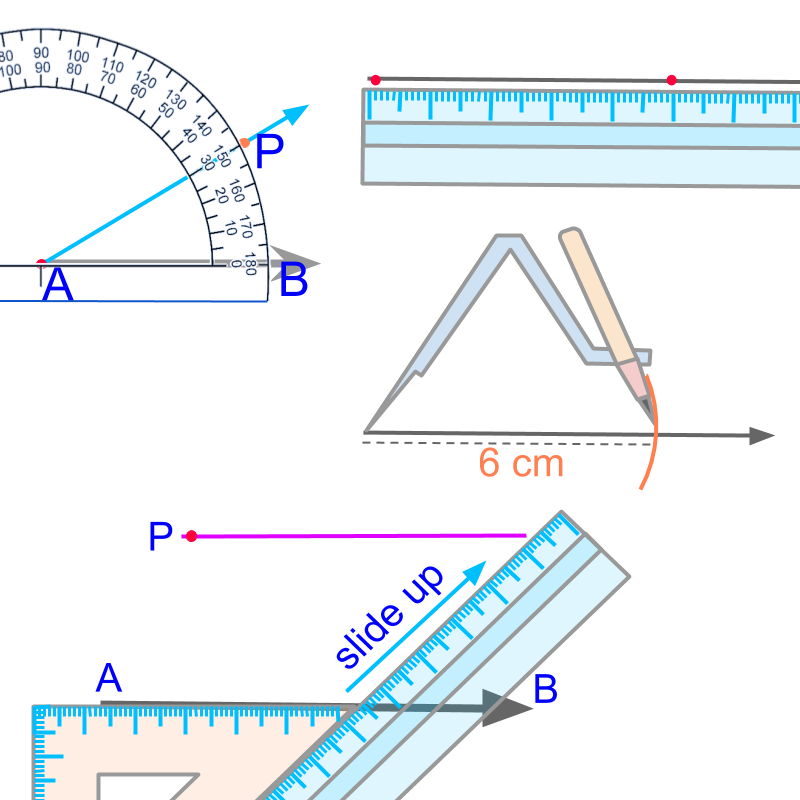 In practical geometry, we study construction of various figures using a scale, protractor, compass, and set-squares. Using these instruments, the following fundamental elements of construction are realized.

Constructing an angle or (equiangular points), and

To construct any shape, the fundamental elements we use are

•  construct a parallel line using a set-square and a scale or another set-square. (points on a parallel) 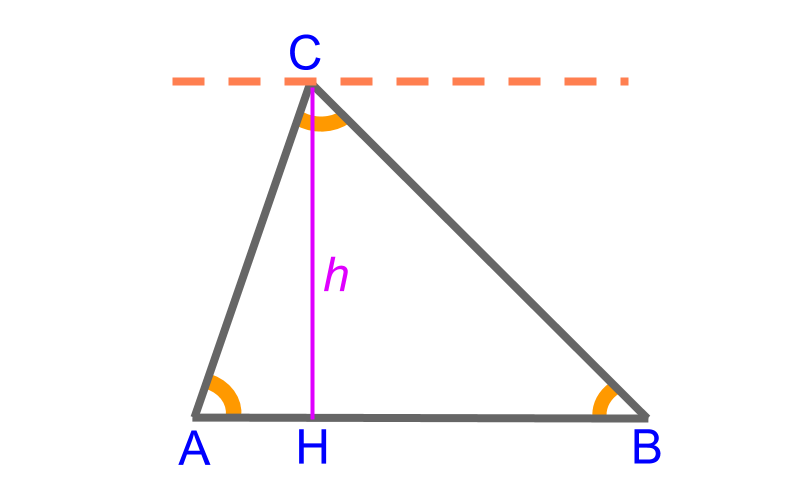 Triangle △ABC△ABC has the following measurements as the parameters

•  altitude or height of triangle ¯CH=l

These are 7 parameters in total. Among these 7, any 3 independent parameters define a triangle. Other parameters can be derived from the given three parameters.

Considering that triangles are defined by three independent parameters, one of the following possible combination is provided to construct a triangle.

angle-angle-angle is just two independent parameters as the sum of angles are 180∘.

side-angle-angle is same as angle-side-angle, as the sum of angle property defines the third angle.

The given parameters have to satisfy properties of a triangle.

To construct a triangle, "angle-angle-side" is provided.

This is equivalently "angle-side-angle" as the sum of angle is 180∘. The construction of the specified triangle is accomplished by converting it into asa form.

Quadrilaterals are plane figures of 4 sides. 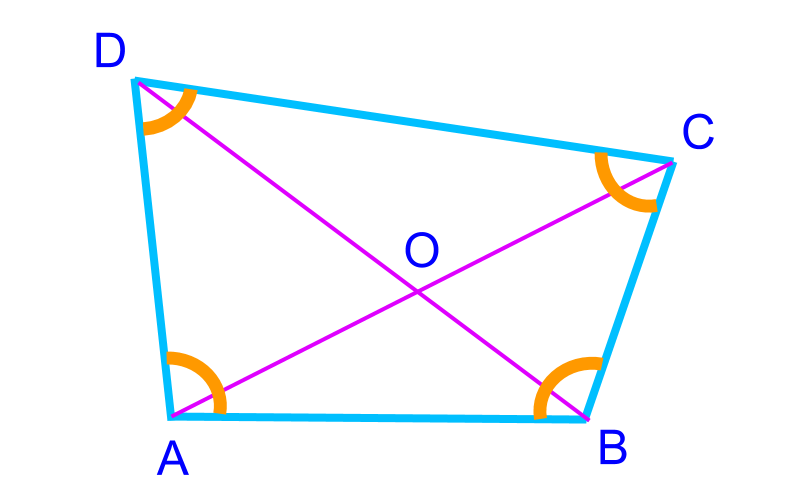 The possible parameters defining a quadrilateral are

Among these 10, any 5 independent parameters define a quadrilateral.

The five parameters defining the quadrilateral are considered as two triangles and the various methods of constructing triangles are employed.

Construction of quadrilateral has very many possible formulations. No need to memorize or learn by rote.

Always look for triangles, that is, one point is defined in reference to another two points by one of SSS, SAS, ASA, RHS, or SAL methods.

Look for properties of specific type of quadrilaterals to figure out more information.

This is the most important learning in this topic. Once you work out the first problem in this formulation, the rest of the problems will become very very easy.

The outline of material to learn "Construction / Practical Geometry at 6-8th Grade level" is as follows. Note: click here for detailed outline of "constructions / practical geometry".